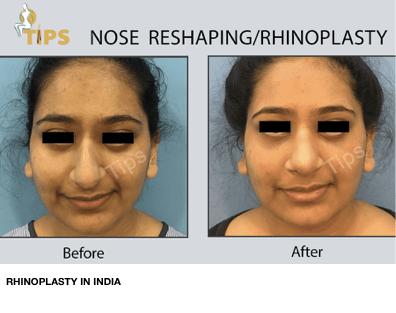 Nose job, nose surgery or rhinoplasty refers to the surgery of the nose for total reshaping the nose. Nose perches on the centre of the face, thereby providing harmony and aesthetics to the face. Plastic surgery of the nose is either done to enhance the shape or to correct deformities such as drooping tip, broad and deviated nasal bones, nasal hump, or depressed nose.

According to the research conducted  by the International Society of Aesthetic Plastic Surgery (ISAPS), there were a total of 54,817 Rhinoplasty surgeries conducted in India in the year 2016.

Along with reshaping the nose, Rhinoplasty can also be considered as anti-aging surgery which can give your face a younger and refreshed look, taking several years off the face. As the body ages, the tissues and the structure of the face begin to break down, droop and sag including the nose. This can be corrected by an experienced surgeon by rebuilding the structure inside your nose.

-says Dr Ankur Sood who was one of the guest at Rhinocon 2019 held in Chandigarh.

Cosmetic nose surgery normally takes a couple of hours to do reshaping of the bones, cartilage and the septum. And the patient is discharged on the same day. There are minimal side effects of nose surgery like swelling and bruising. Plastic surgery for nose is as such one of the most satisfying surgery both for the patient and the surgeon because it leads to dramatic improvement in the shape of the nose and makes one looks more youthful. However at times patients have unrealistic expectations which cannot be comprehensively attained.

Are you Planning to get Rhinoplasty in Chandigarh/ Punjab?

Tricity Institute of Plastic Surgery (TIPS) boasts of having the best rhinoplasty surgeons in Chandigarh, India. The patients at TIPS get a thorough counselling with the surgeon before any other steps are initiated. All communications between the patient sand the doctors are strictly confidential.

Rhinoplasty Before and After pictures: 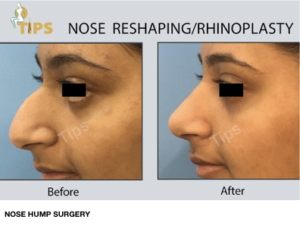 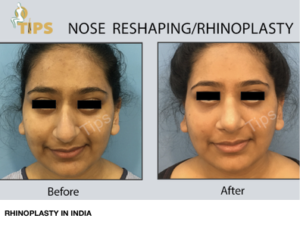 Check out what our satisfied patients have to say about TIPS: